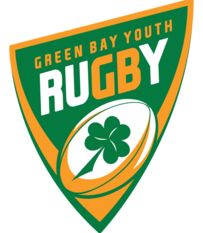 GIVE US A TRY!

I began playing rugby at UW-Whitewater for 3 years and was a member of the 2010 Midwest Champion team that proceeded to Nationals. (The club won Nationals the season after I graduated.) I played with the Green Bay Celtics in 2012 and have been involved in coaching middle/high school football since 2010. I began coaching with GBYR in 2018 because I enjoy working with young athletes as they learn life skills through the game of rugby. Pat coaches our Banshees(MS Girls).

Bob played for 3 years in college at UW Stout.  Bob now plays with the GB Celtics.  Bob began coaching with GBYR in 2015. Bob coaches for the Leprechauns as well as in our flag program.

JJ has played and coached rugby since 1995.  He started in the inaugural year of the NEW Youth HS program.  Within a few years of graduating HS he became a co-founder and coach of the Pulaski HS team.  He went on to coach the GB Celtics for several years.  He is a founding coach of GBYR.

Matt has been involved in rugby since 1990 at UW-Milwaukee.  After college he played for the Celtics and started the Bay Port Rugby Club(which is now the Green Bay Leprechauns).    He is a founding coach of GBYR.

Greg has  been around rugby for over 20 years.  He has played with several local clubs and has been coaching with GB Youth rugby since 2015.